Stars Fell on Alabama on Valentine's Day 2020 as we welcomed "Robert" from Hill Country Pugs.

Robert (Hill Country's I'll Bee Your Shining Star) came to join our family the week before Valentine's Day 2020 at 4.5 months old. He truly is magnificent with a heart of gold and has the softest coat you could imagine, just like his half siblings, Marie Claire, Rocket Girl, and Stella. He went to his first dog show in Tallahassee, Florida, February 18th (just days after he joined us) and won 2 puppy matches, plus won the Toy Group beating out older, more seasoned dogs. Next, Robert won Best of Breed and a Group 4 in the AKC Virtual Top Dog Challenge! We love this pup so much and know he has a tremendously bright future.

Welcome to Alabama, and welcome to our home, Sir Robert the Bruce!! 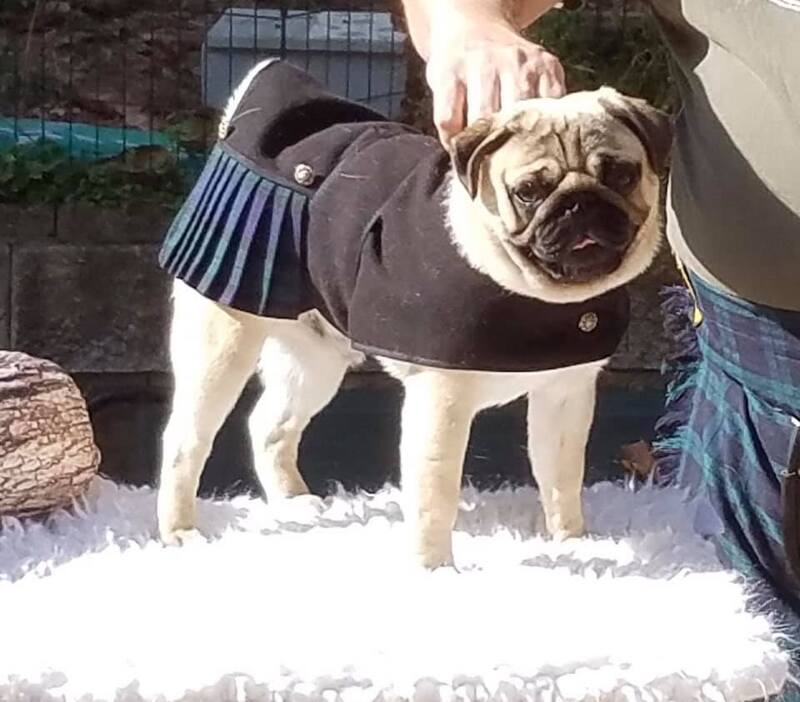 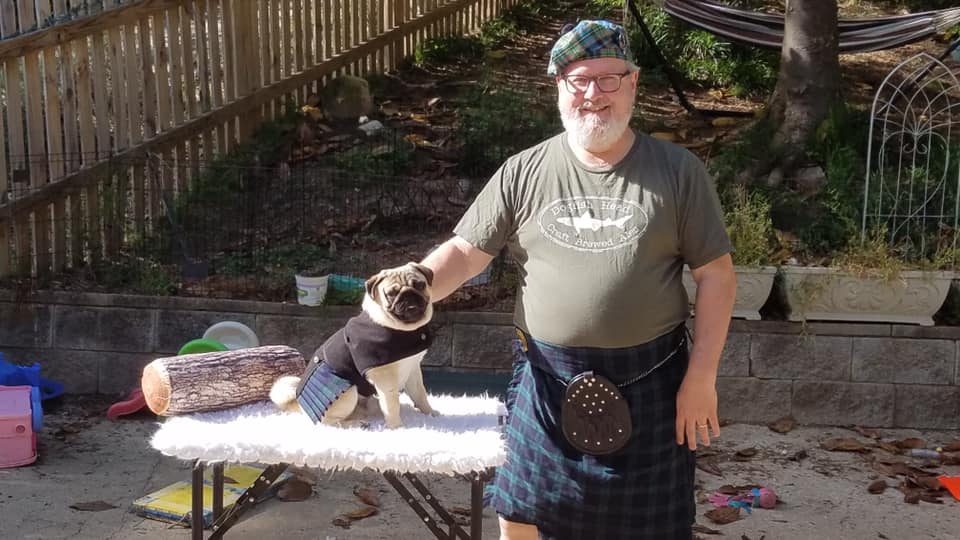 Robert's 1st official show . . . got both his majors out of the way!

Robert's 1st trip to his new home in Alabama!

Robert had fun going to work with his dad on Wednesday. Here he is flirting with one of the choir members after choir rehearsal! 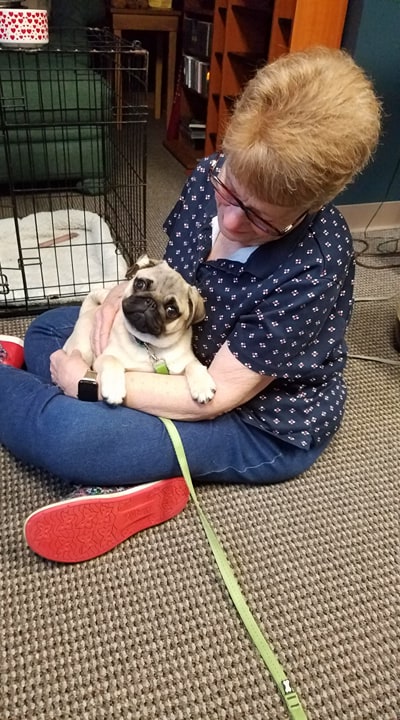 Here is Robert at his first match in Tallahassee, Florida. He entered in the 3-6 puppy category and ended up winning the Toy Group, over other older dogs with more experienced! He had only had a few training sessions with walking wearing a lead and he greeted the judges as if he had been doing shows all his life (of 5 months!) He did have a little *too* much fun at times, showing off his Bunny Hop move, but "FUN" was our goal for this first outing and he nailed it! Robert is winning hearts all over the southeast as we continue to meet new people and experience new environments.
Robert won LOTS of ribbons at his first match … including winning the Toy Group!
The next weekend, Robert attended his first workshop and learned a lot. He has been applying many of the things he learned already and he approves of the treats being in the lead hand 100%. At the workshop, too, he also learned that his owner is going to stand up for him if asked to do something that doesn't seem safe or to his best advantage ….  so, he's glad he has a champion in her.
Robert thinks his mom should have bought him a hamburger, too! He loved going to Tip Top Grill.
His favorite part of visiting Tip Top Grill was watching all the cars go by. Robert takes every new experience in stride and is truly, truly remarkable in temperament.
Robert's 1st trip to Home Depot:
Robert loves training!