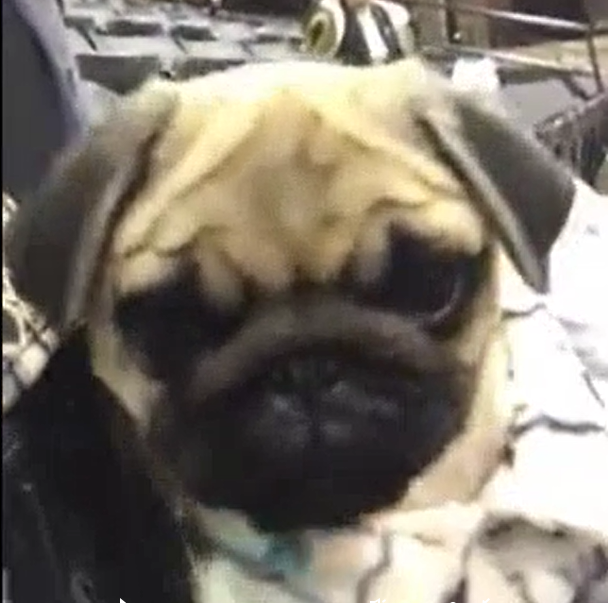 Stella's identification color as a puppy was black and she is one of our picks of the litter so enjoying life at Castle McLelland! Cobby, short back, amazing structure, gorgeous head (a nice blend of her father, Hill Country's Big Bang Theory and her mother, CH Peachtree's Kirkcudbright Kayleigh, CGC, RN, RI) and brilliant.) She was also the behaviorist/trainer's pick of the litter in the temperament tests at 8 weeks of age as her personality was outgoing and full of personality. The evaluator, a professional dog trainer as well as a breeder of Golden Retrievers for therapy dogs, said both Stewart (Purple Boy, and the sire's breeder's pick for puppy back) and Stella were amazing and she only marked "not well suited for search and rescue" lol because they were pugs, but that they pretty much would be fit for anything! We'll start out with the conformation ring then head off to whatever direction she seems to love. 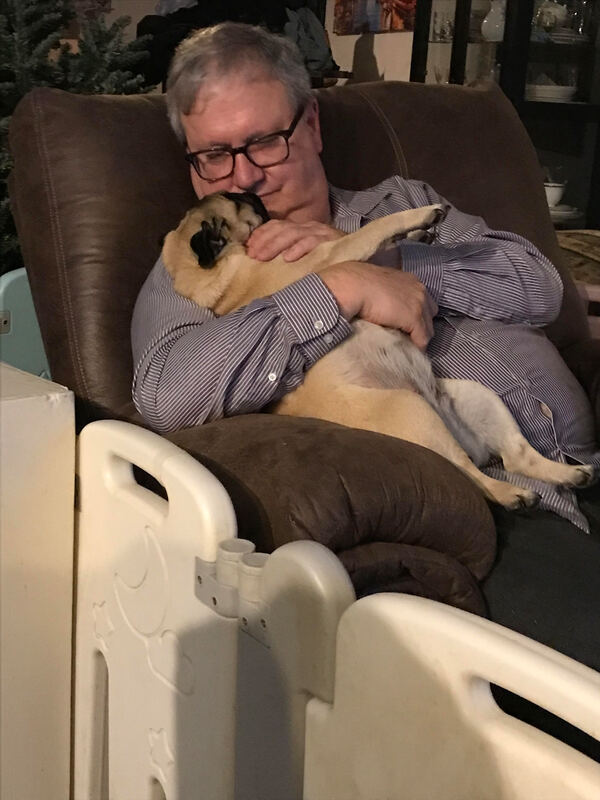 Stella is a half sister to "Biggie" pug who won more Best in Shows than any pug in history. Here he is winning the Toy Group at Westminster.
Stella celebrated her 2nd puppy class by going to PetSmart to get a fancy, new pink coat. She flirted with the super nice cashier to get some free treats :) It's cold in Alabama this January, 2020!
​Stella, Marie Claire, and Rocket Girl love playing keep away outside! And Stella was the lucky one to be able to attend the 1/24/20 piano pizza party. The piano students who attended were all "dog savvy" so it was a great opportunity for her to show off her pink Paris dress :)
Stella's morning routine -- she loves shake and hi-5!
Stella had fun observing her 1st dog show in Clemson, SC. She also was thankful for her new fleece jacket because it was COLD in that horse arena! 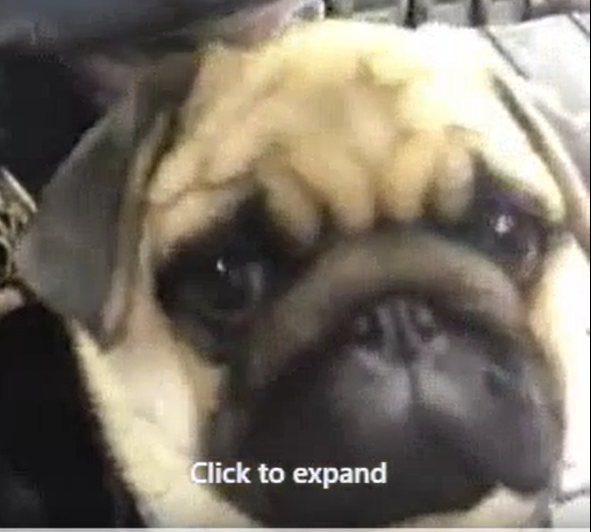 Stella loves to peep out of the star hole in the puppy pen! 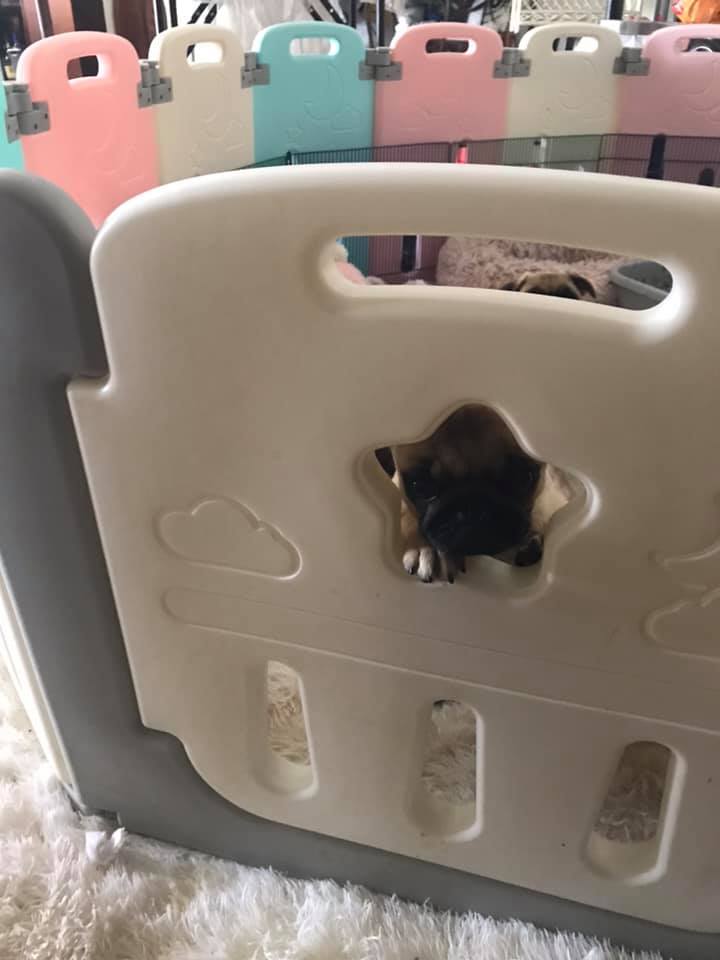 Conducted by the amazing Abigail Witthauer 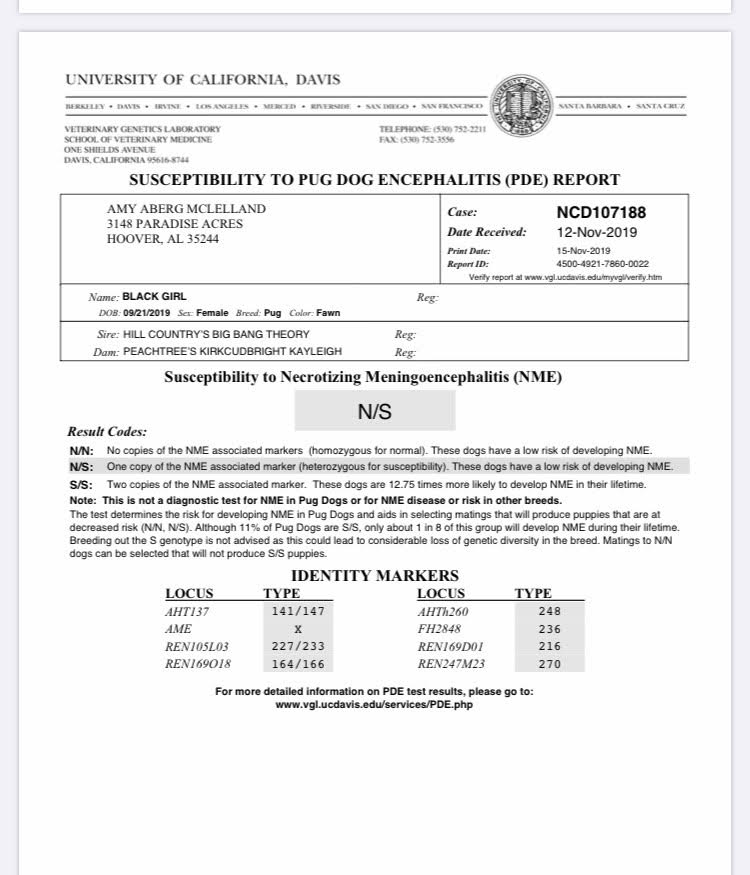 Scene’s from this beauty’s 1st week of life!

​The registered names of the puppies for the Lemaître litter are taken from lyrics of songs by the Norwegian techno pop group, Lemaitre. Identification color - black. We are calling her Astria. (Ancient Greek: Ἀστραῖα; "star-maiden" or "starry night"), in ancient Greek religion, Astoria is a daughter of Astraeus and Eos and the goddess of justice, innocence, purity and precision. She is closely associated with the Greek goddess of justice, Dike (daughter of Zeus and Themis).